Hampton Loade station is currently closed and therefore so to is the Paddock Railway. As part of the SVR Voluntary Workforce som members have been able to maintain a minimal and socially distanced number of working visits to keep the worst of the weeds at bay.

It is now increasingly unlikely we will be open at any point during the remainder of 2020 and so are focussing our efforts on preparing for 2021.

Open for February Half Term 2020

The Paddock Railway will be open on both Sunday's of the February Half Term. Unfortunately, the permanent way department have been hampered with the recent inclement weather and so the railway will be running a reduced service (and not just in size) with only one of the three lines being in operation.

There will be lots to see with many of the home fleet being in operation for the first time in 2020. Unfortunately, due to the reduced service we will not be able to welcome any visiting locos until all three lines are back in operation which is currently estimated to be in time for the Easter break. If you are a 16mm member and would like to visit with your loco then please get in touch for more information.

Thank you to everyone who came along to see us at the Autumn Gala.

We enjoyed extensive running throughout the event, including some illuminated late night running on the Saturday evening. 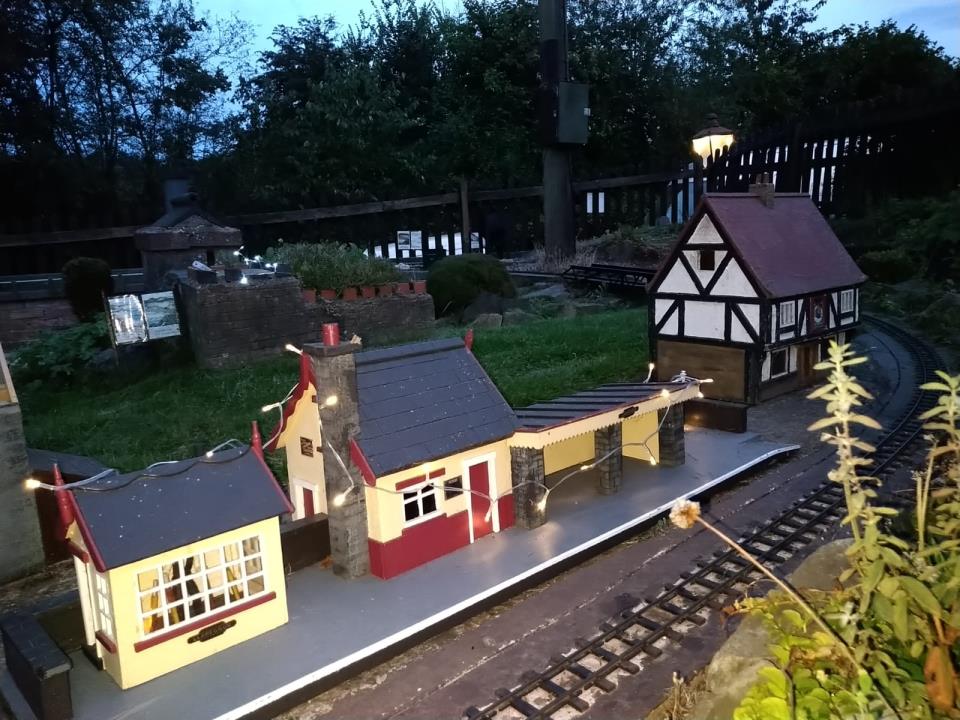 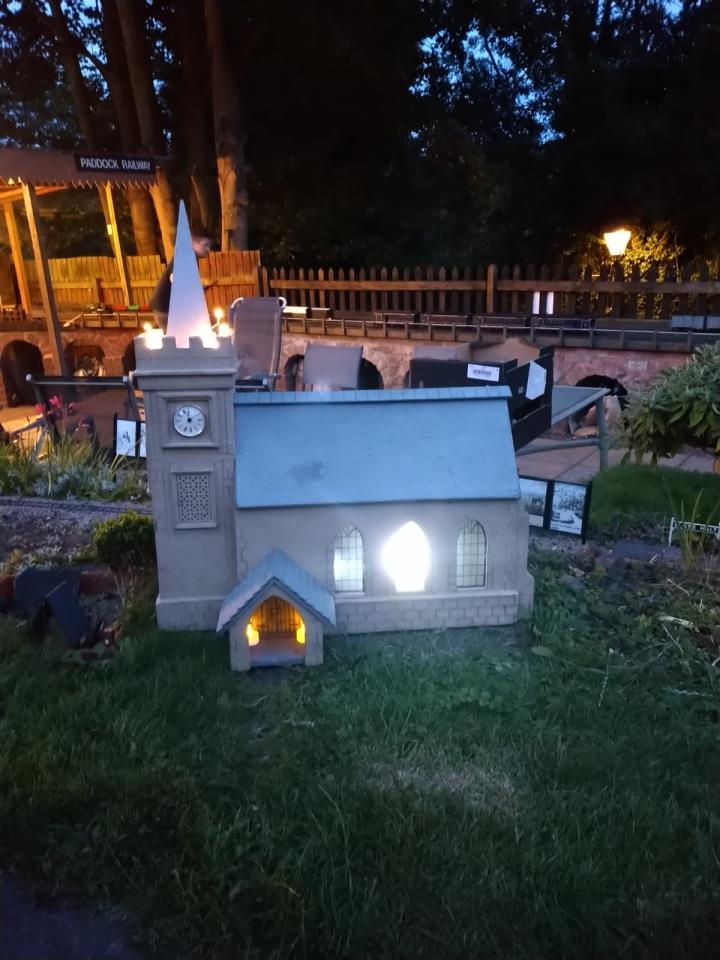 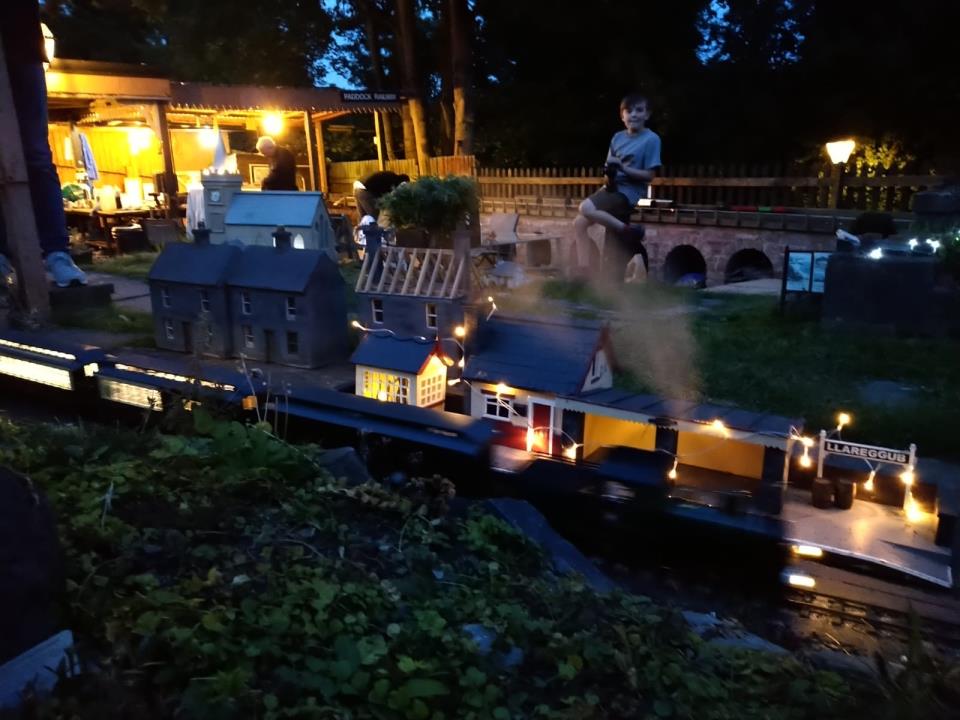 Since running ceased in mid-November members have been engaged in a number of tasks to get the railway ready for the coming season. This includes the following work. :-

(a) The dismantling and re-erection of the main fence which separates the Paddock Railway from the car park in order to replace the rotten wooden posts.
(b) The removal of a further section of the viaduct in order to replace the timber decking with concrete slabs.
(c) Regrading a length of the middle track to take out a hump which caused the locos to stall.
(d) Replacement of a rotting timber bridge with a metal one.
(e) General maintenance to the landscaping areas.

Progress has been made in all of the above tasks but due to inclement weather a considerable amount still has to be done. We will not therefore be in a position to run for the forthcoming half term break when the SVR will be running.

Weather permitting it is planned to have at least part of the railway running for the SVR's "Spring Gala" towards the end of March. Thanks to a massive effort from all our members, we have beaten both the odds and the bad weather to make sure we will be open for the 2018 season.

Weather permitting we will be running every Sunday throughout the year until late Autumn.

The extensive work done over the summer means both much improved access and viewing for visitors thanks to altered landscaping and fencing as well as much smoother running on the freshly laid tracks.

The rotten timber in the steam up area has been fully replaced and covered in felt to protect it from the elements.

Much of the track on the viaduct has been fixed in place. Castle bridge is back in place having been removed for a fresh coat of paint. The cutting has been re-landscaped to form a gentler slope to make the task of recovering striken trains a little easier. There is still some track to be laid and secured on the brand new track bed. Despite the recent inclement weather, we have only been able to work on 2 of the last 3 Sundays, good progress is now being made on the many tasks that we have to complete before the railway can re-open. However it is now accepted that we will not be able to operate for the February half term holiday because of the work still to be done but we are confident that we will be running for the SVR's Spring Gala in mid March.

In addition to the erection of a canopy to the steam up area, which has been completed, much rotten timber was found in the base of the steam up shed and to the area in front of the shed carrying the track. The photo below shows the start of the rotten timber replacement. Work has now been completed on the viaduct structure with the replacement of rotten boards with concrete slabs. Landscaping work has been completed in two areas and some replanting work undertaken. The mound which supported the track for the "Marmite Train" has been taken down and rebuilt and the track is being modified. The storage shed roof has been re-felted. In addition various railway signs are being repainted off site.

Work is now in full swing to get the railway ready for reopening.

The amount of work involved to get the railway ready together with the recent spell of wet and cold weather means that we have much to do..

We had intended to reopen in time for the half term holiday in February but it will take a superhuman effort to meet this deadline. We will be working each Sunday (weather permitting) from now on.

Another section of the viaduct deck is currently being worked on. The timber work to the steaming up area has to be completed. The "Marmite Track" has been dismantled and a new layout has to be built to replace it. There is landscaping work to be carried out and general tidying up to be done.

The Paddock Railway is now closed in order for us to complete our programme of winter maintenance. We will post our intended re-opening date early in 2018. 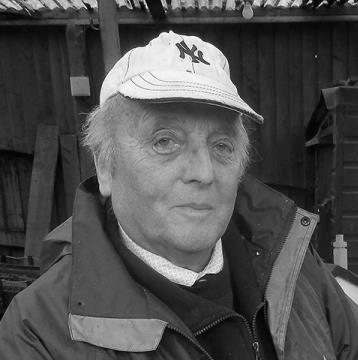 It is with great sadness that we have to announce the death at the age of 75 of Malcolm Whittaker.

Malcolm had been involved with the railway from its earliest times over 30 years ago and became the well known public face of the railway meeting and greeting visitors from his regular position by the gate. Malcolm was diagnosed with cancer earlier this year but despite a brave fight passed away on 25th November.

Our thoughts are with Judy, Paul and Vicky.

In order to start our programme of winter maintenance the last running day of 2017 will be Sunday 29th October. We will post our intended re-opening date early in the New Year.

Over the Easter weekend we will be operating the paddock railway on both Sunday 16th April and Monday 19th April.

To coincide with the Severn Valley Railway's Spring Gala, we will be operating the paddock railway on both Saturday 18th March and Sunday 19th March.

To conincide with the Severn Valley Railway's Season Finale Gala, we will be operating the paddock railway on both Saturday 5th November and Sunday 6th November.

To celebrate the Whitsun Bank Holiday Weekend, we will be operating the paddock railway on both Sunday 29th May and Monday 30th May.

To conincide with the Severn Valley Railway's Spring Gala, we will be operating the paddock railway on both Saturday 19th March and Sunday 20th March.

There will also be normal operation on Sunday 13th March

Over the last two weekends the lads working on the track have completed the total relay of the viaduct section and also modified the layout at the end of the viaduct where new sidings have been laid to serve the ballast hopper. There was even time to run two diesels to test the layout.

A fine but cold Sunday allowed much progress to be made.

A section of the viaduct was re-felted as a temporary measure following water penetration of the baseboard allowing a large amount of the trackwork to be relaid to a new layout which increases the length of the storage loops. The track was also laid on the newly constructed viaduct extension creating 3 new lengths of storage sidings.

The entrance gate was prepared for repainting and preservative was applied to a length of the fencing which separates the picnic lawn from the SVR tracks.

The roof over the steaming up area has deteriorated to such an extent that it will now have to be re-roofed and proposals for this work which will have to be carried in the next few weeks were drawn up.

Work continued on relaying the track, re-erecting posts for the new entrance gate, the roof to the operating area received it’s annual clean, the construction for the new sidings was completed and there was even time for some gardening.

Despite miserable weather a large number of members turned out today to undertake maintenance tasks on the railway.

Several section of track were lifted to allow the installation of new points and to create better alignment, work continued on the viaduct section to create additional sidings for the outer line and the entrance gateway where the timber was found to be rotting was dismantled.

We even found time to celebrate Malcolm's 75th Birthday

Our final running for 2015 will be on Sunday 29th November.

We shall be doing some alteration to the track on the viaduct from December 6th Onwards.